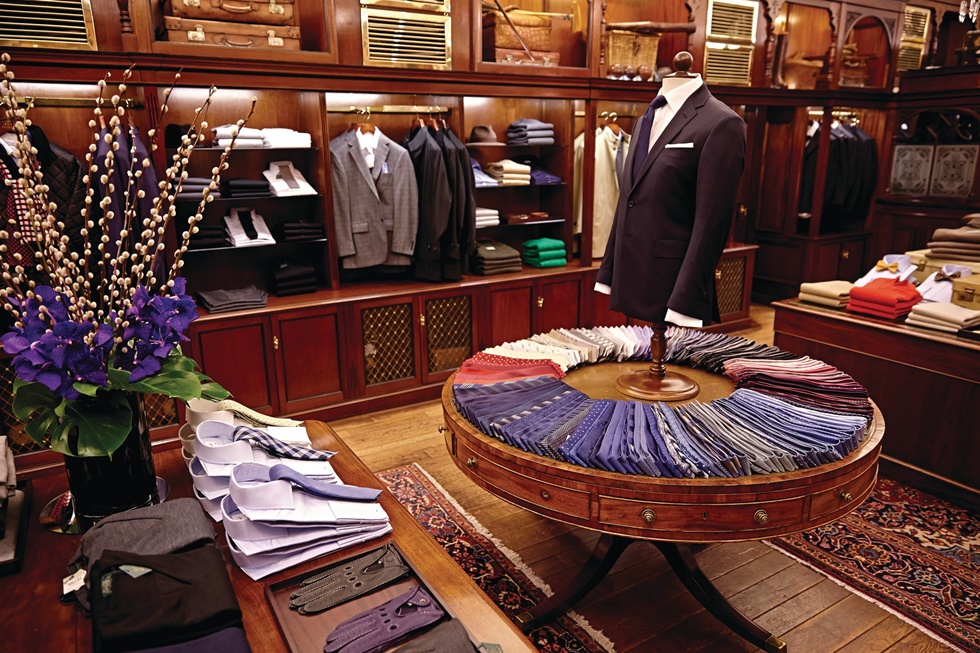 Founded in 1689 and said to be the oldest tailors in the world, Ede and Ravenscroft remains the place to buy a tailormade suit in London.

Although no longer with a presence in Aldwych, the historic heart of London’s once bustling tailoring industry, Ede and Ravenscroft boasts three separate London locations: Chancery Lane, Savile Row, and Gracechurch Street, along with premises in Edinburgh, Cambridge, and Oxford, from which it serves its many loyal customers.

The company’s clientele in fact runs the gamut from lawyers and judges purchasing their traditional wigs and robes, to peers and royalty requiring ceremonial wear, as well as the rich and famous – among them Hollywood A-list stars – looking for some custom tailoring.

In addition to its specialized clothing services, Ede and Ravenscroft has also built up a stellar reputation for contemporary and traditional style suits for both men and women. Those in the know will go with the company’s bespoke suit services and have something unique commissioned for them, ensuring clients are completely involved in every stage of the process, from the first appointment, the cut and measurement, the all important decision on cloth, up to three fittings, and of course delivery of the completed garment.

Those living and working in the City of London are served by Ede and Ravenscroft’s Gracechurch Street location.

Contributing Editor Tom Wilkinson makes cocktails in his spare time and podcasts about their history at Dr Wilko’s Campaign for Better Beverages. He also produces two other podcasts: Hat of Many Things, on random topics drawn from a hat and Unparliamentary Language about the state of British politics.